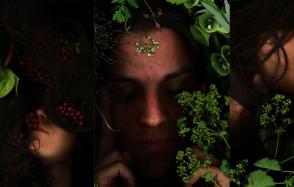 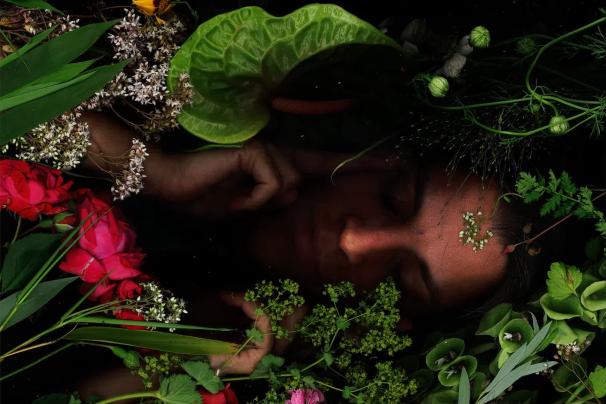 Since summer 2021, the ILL residency supports Catherine Elsen in the learning/creation process of electronic music production and enabled a collaboration with music producer Pouya Ehsaei and conceptual and visual artist Marianne Villiere. The production of 2 music videos and one audiovisual projection for three of her songs, are the aim of this ongoing residency in order to dig deeper into her musical expression and aesthetic formalisation of her sound world. The songs Catherine Elsen chose are inspired by the Covid era, expressing the vulnerable link between the human collective and the natural world.
Due to travel restrictions, work sessions with Pouya Ehsaei took place from their flats in Luxembourg and London. The shoot of the first video has been done with Marianne Villière’s smartphone during a working session in Luxembourg. The editing process has been done from her home in France and Catherine Elsen's in Luxembourg.
In 2022 another music video and an audiovisual projection will be developed for two other songs in collaboration with these two artists.

Concealed behind our masks and in national “safety” nets of surveillance, ways of "protection" can feel fake in this era of climate emergency and ongoing pandemic. My sanity tries to find ways to resist in an overwhelming world. Can the cocoon of the confinement era be a transformational opportunity to mature, break out of the corset and heal our “natural” contact with others and the environment? In my dreams my subconscious runs “back to the woods”, wanting to join the animals living there.


True to one of its main missions, namely the support and promotion of emerging artists, Independent Little Lies launches in 2016 the ILL Residenzen. The idea is to provide a young artist with a space for artistic creation and experimentation for a few weeks with a limited budget that he/she can freely manage. At the end of this period of research, an intermediate result (work-in-progress) will be presented to an audience composed of other artists, potential co-producers for further development of the creation and interested spectators who can give feedback to the artists.

The first ILL Residenz was awarded in 2016 to the young director Jacques Schiltz, who proposed a research work around the play Tod by Woody Allen. In 2017, Claire Thill was awarded the ILL Residenz for research and writing for her theatre creation Blackout. In 2018, ILL exceptionally granted an ILL Residenz to three artists: two actrices, Frédérique Colling and Elsa Rauchs, and a dancer, Angélique Arnould, who each worked for two to three weeks with their respective teams in the Annexes du Château de Bourglinster, which the Ministry of Culture has made available for ILL Residenzen since 2016. In 2019, Angélique Arnould continued her artistic research work begun in 2018 by developing her creation Amygdala Hijack. Unfortunately, the ILL Residenz 2020 had to be cancelled due to the Covid crisis and couldn't be postponed because no commun availabilities of the artists could be found.